Making a unique revelation in a live Q&A at the Dubai Expo 2022, Hamilton said:

“I am really proud of my family’s name. My mum’s name is Larbalestier and I am just about to put that in my name. I don’t really fully understand the whole idea that when people get married the woman loses her name and I really want my mum’s name to continue on with the Hamilton name. ”

It is unclear whether he will hyphenate the names, but they will certainly follow as his last name.

Lewis Hamilton has revealed that he is changing his name so that it incorporates his mother’s surname Larbalestier ????

One being asked when the change to his name will be made, Hamilton said:

“Hopefully soon. We are working on it. ”

The seven-time world champion’s mother Carmen Larbalestier, now Lockhart, has played an equally important role in his life as his father Anthony Hamilton. The 37-year-old was with his mother at Windsor Castle for his knighthood ceremony, where he was honored for his achievements in motorsport as one of the most successful British drivers.

Following his current revelation, his full name, which has been Lewis Carl Davidson Hamilton, will now have Larbalestier added to it.

Lewis Hamilton reveals Bahrain GP will be tough for his team

Predicting the race weekend in Bahrain, the Briton revealed his team is going to have a tough time. The British driver was visiting the Dubai Expo as a PR duty for his sponsor Petronas after testing and spoke at a live Q&A where he shed light on the season ahead.

Speaking about the race weekend in Bahrain, Lewis Hamilton said:

“Bahrain is going to be tough. I am really hoping that when I get on the call this evening – with my team at Brackley and Brixworth – they have found some tricks and ways to extract more from this car. ” 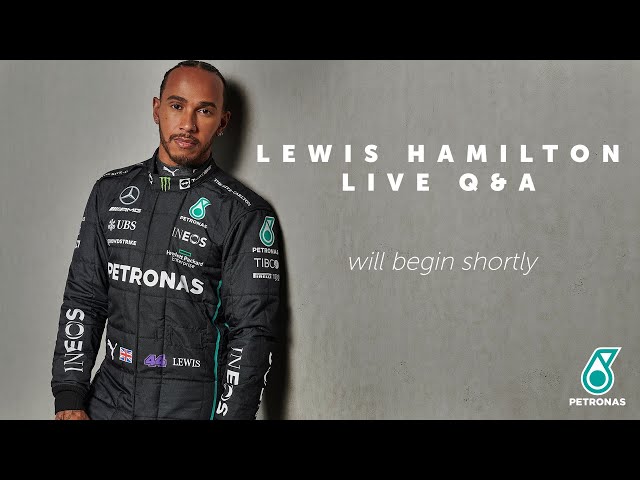 “There were a lot of cars that looked fast in testing. Alfa Romeo looked fast, Valtteri [Bottas] looked quick, and obviously the Red Bull looked ridiculously fast – but we are the best team. ”

Lewis Hamilton, meanwhile, has revealed that in Bahrain, his team has been struggling with their performances. His rivals Max Verstappen and Carlos Sainz, however, refuse to believe it.