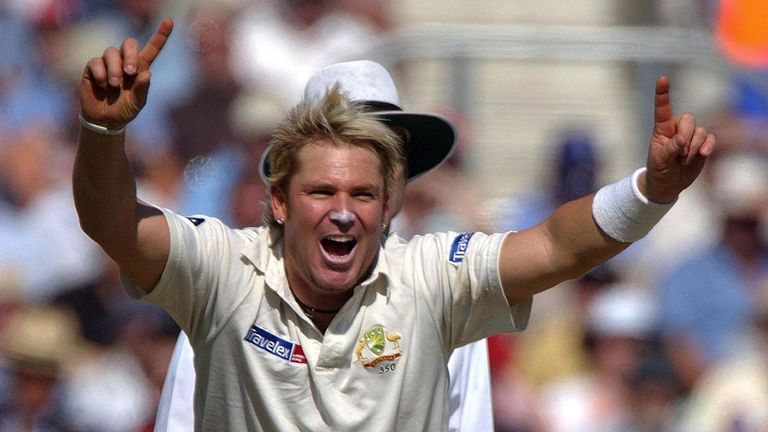 Hearing the news, I was totally stunned. I don’t think I’ve ever been more shocked in my life.

A man who had such vitality, full of energy and life and suddenly not to be there.

He’s my age effectively – he’s a year younger than I am – so he’s somebody I played against a lot for a decade in Ashes cricket and I commented alongside him for a long, long time so I know him pretty well. 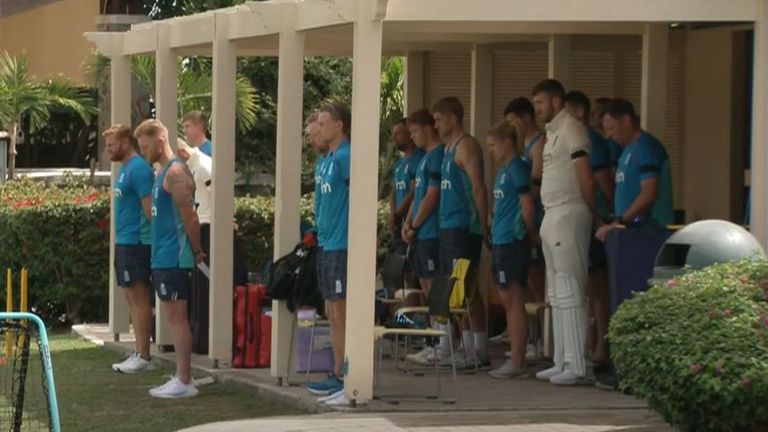 The England cricket team held a minute’s side in tribute to Warne, who has died at the age of 52

The England cricket team held a minute’s side in tribute to Warne, who has died at the age of 52

I enjoyed his commentary enormously. I think he was at his best when was what we call the color person, the expert No 2.

I don’t think many people read the game better than he did, and of course he had great character and a way of putting it across.

But all the intelligence you saw as a player – I think he’s the most intelligent bowler I played against – came across in his commentary.

And using the word intelligence, I’m not talking about A-Levels and that kind of thing, but raw cricketing intelligence which he had in spades.

He was a fabulous bowler.

‘He was two bowlers in one’

In fact, leg spin was a dying art when he was picked actually.

With Australia, you think of the land of the wrist spinner, it’s where the wrist spin flourished and really developed because of the hot sun and the hard pitches.

But in the 70s it was pace bowling that dominated: Dennis Lillee, Jeff Thomson – and Lillee was Shane Warne’s hero when he was growing up. So wrist spinners had slightly withered away a little bit and it was almost this forgotten art, and then suddenly Allan Border picked him [Warne] in 1992.

The early Tests were a bit in and out and then obviously that first Ashes Test match at Old Trafford in 1993, we hadn’t seen much of him until that point, and unlike today it wasn’t a time where you had a lot of footage of opposition players.

He came a little bit under the radar, but not after he bowled Mike Gatting. And then for the next 15 years, he was the superstar of the game. 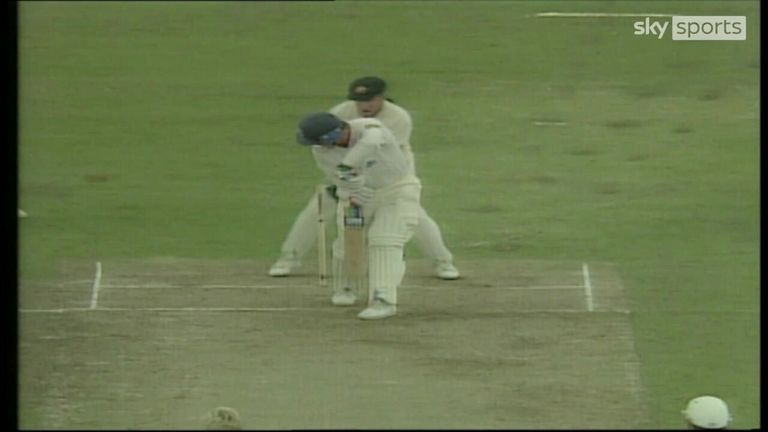 Wrist spin is a tricky art, and what he did was combine the accuracy you normally associated with a finger spinner, with the guile, mystery and aggressive instincts of a wrist spinner. He was two bowlers in one really.

He was a brilliant defensive bowler, because he didn’t bowl any bad balls, but he was also a magnificent attacking bowler because he applied that pressure.

He’s the greatest leg-spinner, I think you can say without dissent, that the game has seen.

Wisden picked him up as one of the five cricketers of the 20th century and there wasn’t much dissent there.

You’re talking about a cricketer who stands tall with Don Bradman and Garfield Sobers, and all these absolute giants and greats of the game.

‘Highly competitive, but sociable and with an eye for the opposition’

The 2005 Ashes showed him at his best, because that was the one series Australia lost.

What you saw there was a guy with tremendous competitive spirit, and at a time when the rest of his team-mates were just slowly wilting towards the end of that series, he came to the fore.

I enjoyed playing against him, I have to say. He was highly competitive – all the great players have got that competitive streak in them, that never-say-die attitude, that total belief in their own ability.

But he was also somebody that if you did well, he’d say well played. You could have a drink with him at the end of the game, he was a very sociable guy. 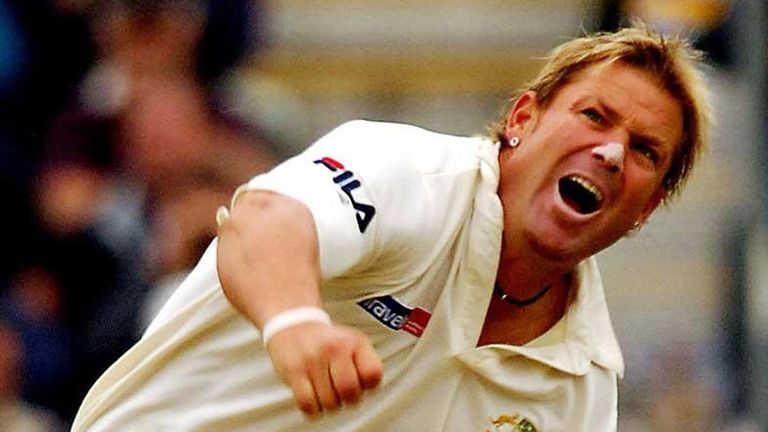 I remember when Australia regained the Ashes after they were beaten in 2005 in England.

They regained the Ashes in Perth, and at the Ashes-winning moment – Steve Harmison was the batsman out – all the Australians went into a celebratory huddle, and the one man who went to shake the England players’ hands who were in the middle at the moment of victory was Shane Warne.

And that in a way summed up the cricketer he was. He was highly competitive, but he always had an eye out for the opposition. 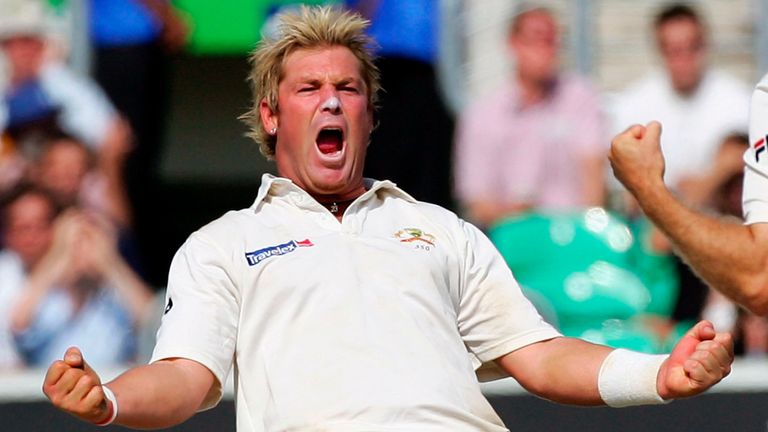 Warne took forty wickets in the thrilling 2005 Ashes series, watch them all here

Warne took forty wickets in the thrilling 2005 Ashes series, watch them all here

They always say Keith Miller and Shane Warne were the greatest captains Australia never had, maybe Rod Marsh as well who also passed away in a dreadful week for Australian cricket, losing two giants like that.

Yes, Shane Warne was a great cricketer, a great commentator, knew the game and was very insightful, but he was also a very kind person who was willing to talk to anyone – from any country – about the game and assist them.

This is such a loss, an extremely sad loss and my heart goes out to his family and close friends. I’m still in shock, believe me.

The way Shane Warne played the game, he did not ask for any favors on the cricket field and of course gave none. But once he left the field, he forgot everything that had taken place on the field and just went back to being another human being.

I saw Shane before the international world saw him, as he came to the Caribbean as an U19 cricketer with an Australian U19 team. I was doing a little bit of commentary on that game, so I’d seen Shane Warne from very early days. Initially, the first time I saw him, I just thought he was another leg-spinner, to be honest. Then when he came to the Test arena and again he didn’t have immediate success, but as soon as he hit his straps and started to look like a proper spin bowler, you could see greatness coming.

Obviously from his record, he was great. But not just from his record, but when you get to know the man, seeing the brain power behind Shane Warne and the mind that he has for the game, it was obvious when you meet him that he was going to be a great.

Before Shane Warne came along, a lot of spin bowlers were around and came along and got some wickets, but nobody really looked up at them as great match-winners. This man on his own changed the outlook of people with regards to spin bowlers.

His high skill and his highly-competitive nature meant everybody had to think differently about spin bowlers. I think Shane Warne’s skills really encouraged more captains to look at spin bowlers and look at the role they can play, even in one-day games.