Chelsea fans are now able to buy tickets to away matches, cup games and women’s fixtures after amendments to their government license.

It means that fans will be able to purchase tickets for Chelsea’s FA Cup semi-final against Crystal Palace at Wembley on the weekend of April 16 and 17.

However, tickets for home Premier League games are still subject to restrictions. Only season ticket holders and those who purchased tickets before the UK government sanctioned owner Roman Abramovich will be able to attend.

Visiting fans will be able to purchase tickets for Chelsea’s remaining Premier League home fixtures, with all revenue going to the Premier League.

Sports Minister Nigel Huddleston said: “The Government has today made alterations to the license to Chelsea Football club so that fans will be able to access tickets to away matches, cup games and women’s fixtures.

“I would like to thank the fans for their patience while we have been engaged with the football authorities to make this possible.

“Since Roman Abramovich was added to the UK’s sanctions list for his links to Vladimir Putin we have worked extensively to ensure the club can continue to play football while ensuring the sanctions regime continues to be enforced.”

The changes mean that Chelsea fans will be able to purchase tickets to future Premier League away fixtures, with any revenue given to the host team. For future FA Cup and Champions League matches, fans will be able to purchase tickets but again, revenue will go via the Premier League to the relevant competition organizer or home club rather than Chelsea in order to remain compliant with current sanctions.

In the case of Women’s Super League fixtures, an exception will be made to allow fans to purchase home as well as away tickets as these games have not yet gone on general sale, and there is a risk of empty stands for these matches.

The Ricketts family are flying to London to meet key stakeholders of Chelsea as they wait to discover if they are on the shortlist of preferred bidders for the club.

The race to buy Chelsea is hotting up with the Raine Group meeting now to create a shortlist of the best-placed groups to take control of the club, with an announcement expected imminently and ownership of the Premier League club to change hands within a month.

Sky Sports News understands the purpose of the Ricketts ‘trip is to meet key stakeholders of the club, including the Chelsea Supporters’ Trust and the Chelsea Pitch Owners. 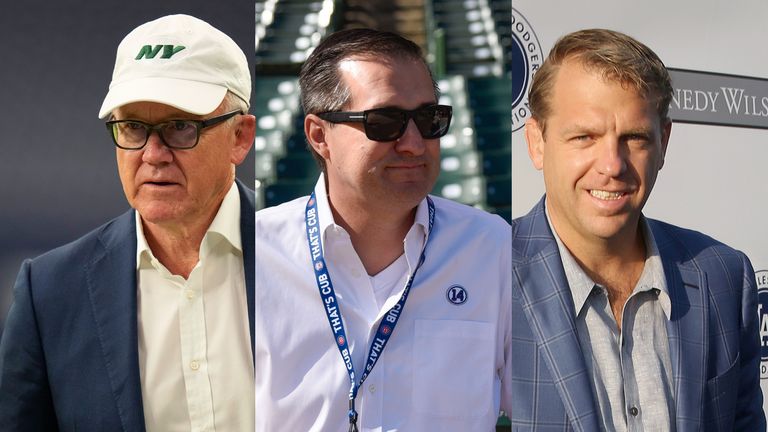 However, the family have faced backlash from the head of the Chelsea Chicago Supporters Club, Brian Wolff, who posted a letter to Twitter on Monday opposing the Ricketts’ potential takeover of Chelsea.

The Ricketts family later said in a statement if they are successful in their bid to buy Chelsea they will actively promote the values ​​of diversity and inclusion.

To be rearranged: Leeds (a) Premier League, live on Sky Sports

May 1 – Everton (a) Premier League, live on Sky Sports