Dolph Ziggler can play a key role in the development of young stars in WWE NXT, as per Booker T. The Hall of Famer thinks that the former world champion is like a player-coach backstage in NXT presently.

Ziggler, surprisingly, challenged Bron Breakker for the NXT Championship and won the title earlier this month at WWE’s NXT Roadblock show. He defeated Breakker and Tommaso Ciampa in a triple threat match.

Booker T was asked by a fan about Dolph Ziggler winning the NXT Championship, on his Hall of Fame podcast. He thinks that Ziggler has a “player-coach” role in NXT 2.0, whereby he helps young talent – such as Bron Breakker – elevate their game.

“No doubt, Dolph Ziggler is a player-coach. That’s what I look at Dolph as. Dolph can teach those guys down there a load as far as knowledge goes that these guys could use forever. I look at a guy like Dolph Ziggler, he hasn’t lasted in WWE because he’s a crappy worker or anything like that. He hasn’t lasted in the WWE because nobody likes him. That’s not the reason why Dolph Ziggler …. he hasn’t stuck around because people like He’s stuck around because he’s talented and he knows exactly what his job is, “said Booker T. (From 1:19:00 to 1:19:45)

The Hall of Famer lauded Ziggler’s leadership and called him a “general” who will be of tremendous benefit to the NXT roster.

“You’re never going to know what Dolph Ziggler is thinking before the match because every match has been the same since day one, and that’s going out there and doing the best job to my ability. But, whatever comes along, I’ll be prepared, like going down to NXT, winning the NXT Championship and bringing all of these guys up to a certain level that I could work with. That right there, for me, is a general, “said the legend. (From 1:20:06 to 1:20:35) 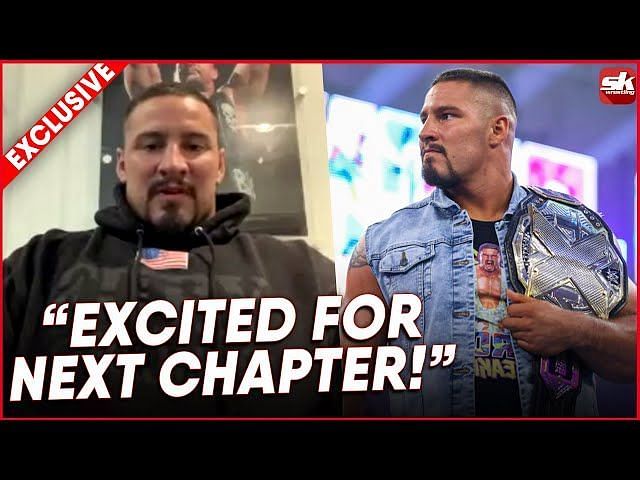 In a recent interview with SportskeedaBreakker said he hopes to learn from his loss and dodge curveballs to regain the strap.

“So, I am looking at the positives like I will watch the tape and look at things o see how I can be a better champion. How can I be prepared for curveballs being thrown at me last night like Robert Roode coming out and you know “, pulling me out of the ring and then pulling the referee,” said Breakker.

Breakker held the title – his first in his spell with WWE – for 63 days after having won it from Ciampa at the New Year’s Evil show in January. The young NXT Superstar also appeared on RAW recently, where he teamed up with Ciampa to take on Ziggler and Robert Roode.

Please H / T Hall of Fame podcast and Sportskeeda if you use any of the above quotes.